Call for a free 20 minute consultation 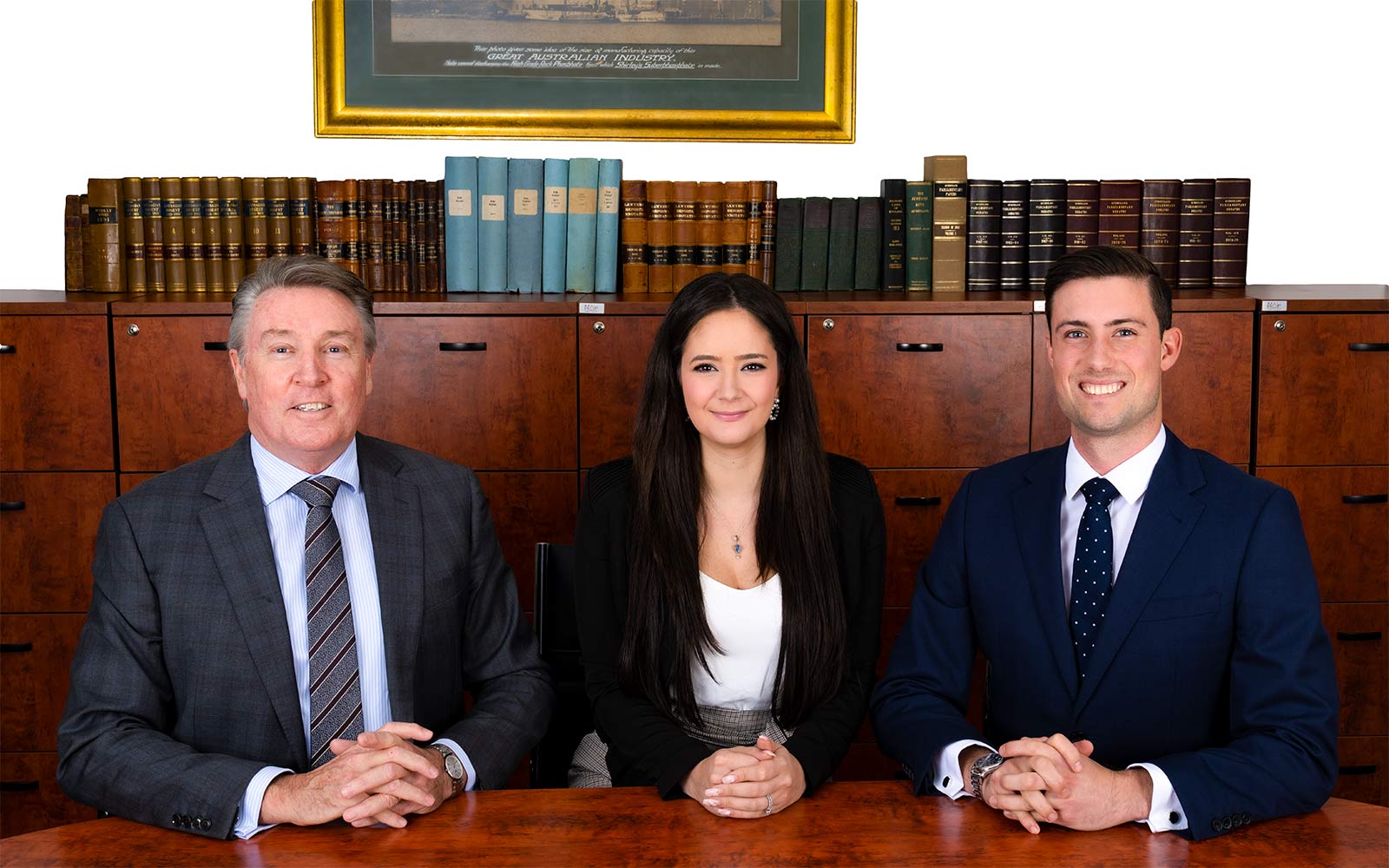 We Provide You with Expertise in All Areas of Law " />

We Provide You with Expertise in All Areas of Law 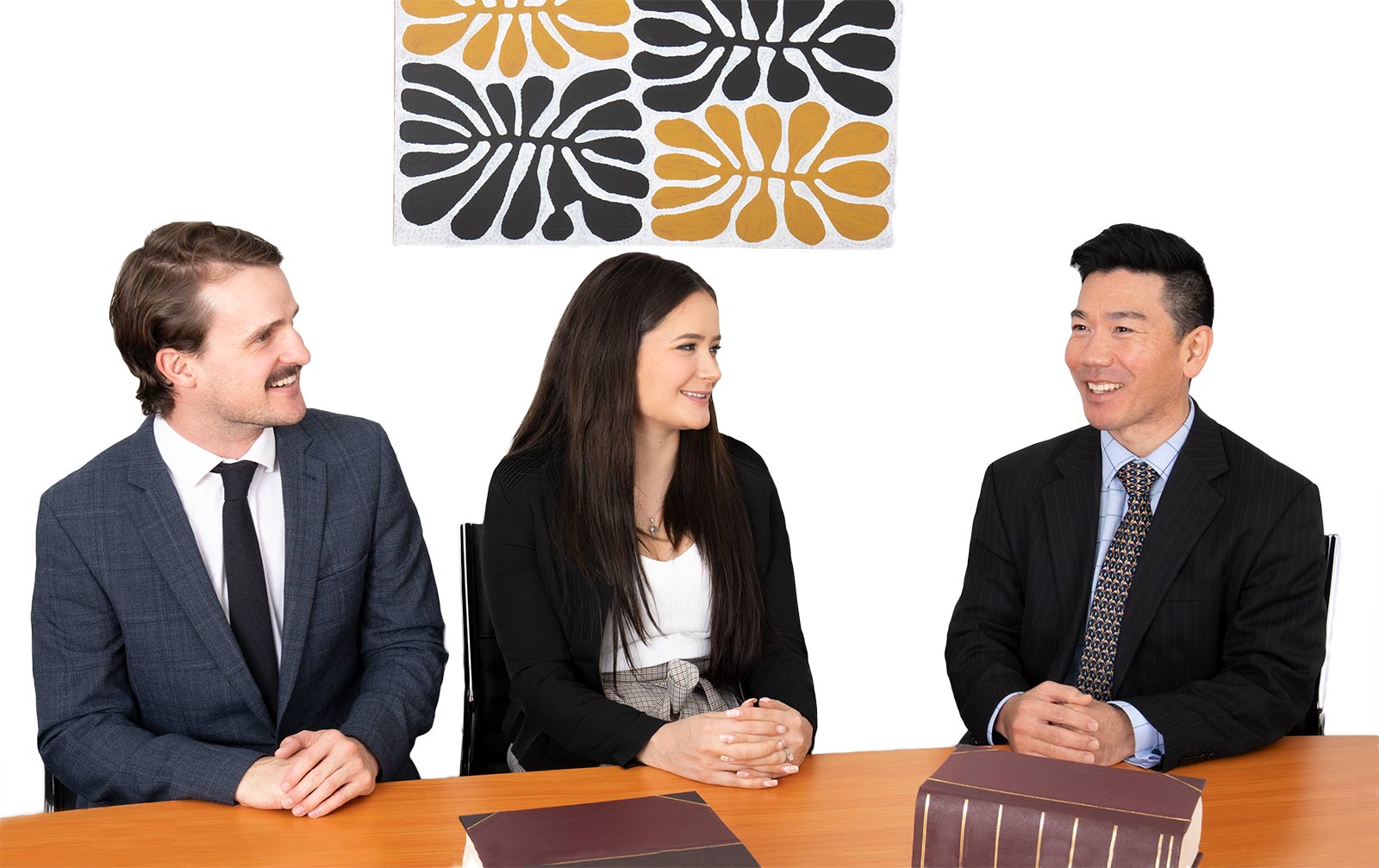 We Vigorously Advocate for You " />

We Vigorously Advocate for You 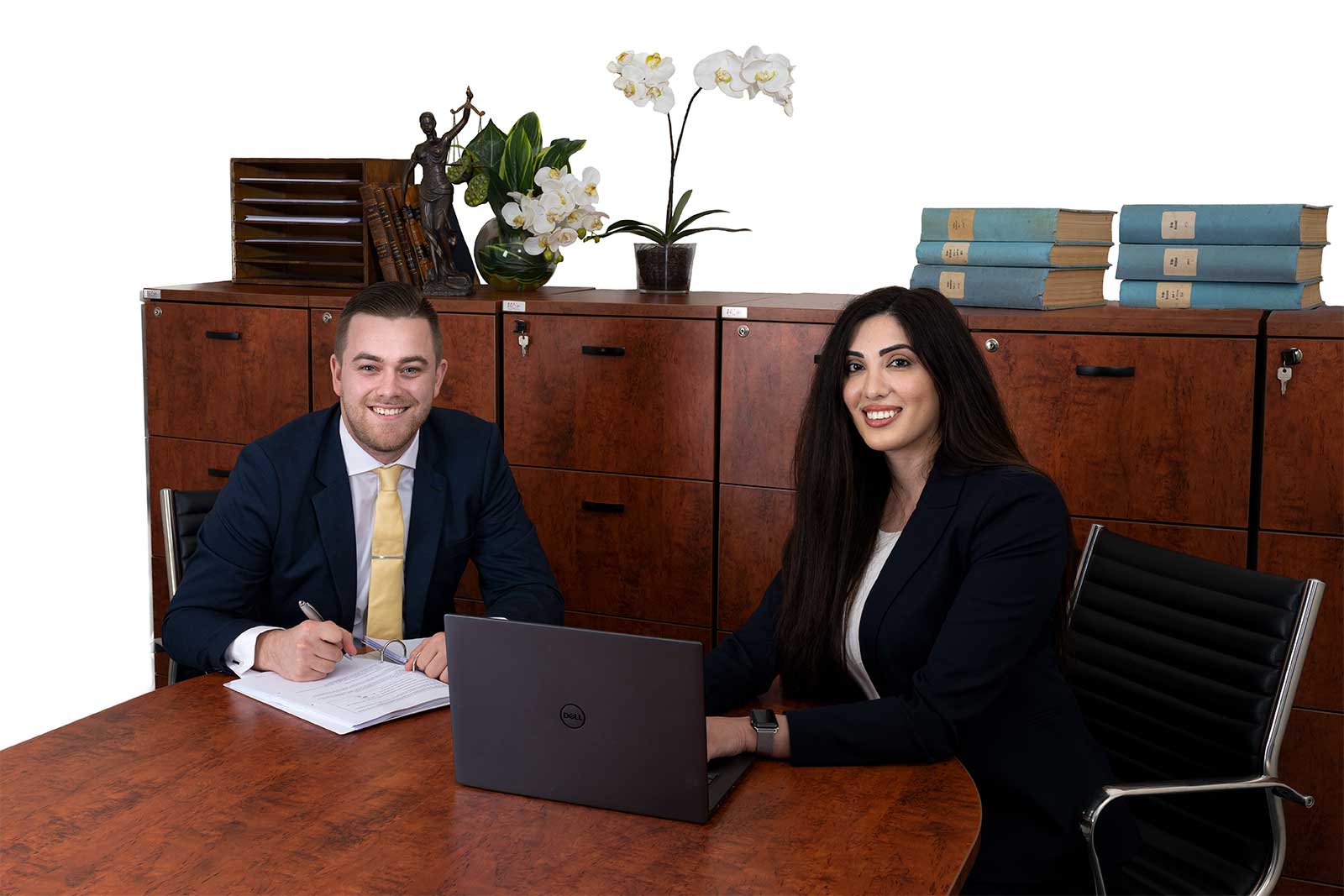 The word bankruptcy derives from ‘bancus’ referring to the table of a tradesman and ‘rupture’ meaning broken, thus the term refers to one whose shop or place of trade is ‘broken’ or gone.

In summary, a bankrupt person (as defined in the Bankruptcy Act 1966 s5(1) (Cth)) is someone who has become bankrupt either via the presentation and acceptance of a debtor’s petition or whose estate has been sequestered following a creditor’s petition.

The bankruptcy lawyers at Brander Smith McKnight have vast experience in bankruptcy law acting for both debtors and creditors. This may involve calling on recent and sometimes obscure developments in the law. For instance the High Court case of Ramsay v Compton [2017] HCA 28. This is discussed in our articles section.

Once a person is declared bankrupt, a trustee is appointed to take control of the bankrupt’s estate to secure and distribute the estate for the benefit of the creditor/s. The role of the trustee is to recover, realise and distribute divisible property among the creditors who are entitled to claim and who have lodged proofs of debts. The bankrupt’s estate is considered to vest in the trustee.

Trustees are formally registered with the court and can be private or government based. The government agency that can act as a trustee is the Australian Financial Security Authority (AFSA).

At the commencement of their appointment, the trustee will direct the bankrupt to provide a statement of their financial affairs.  On the basis of this statement, the trustee will make a preliminary determination as to what investigations should be undertaken and provide a preliminary creditor’s report. The trustee has extensive statutory powers of investigation and significant powers to assist in the recovery of property.

What to do if Served with a Bankruptcy Notice?

If you are served with a bankruptcy notice, you should obtain urgent legal advice. This is because you only have 21 days to either comply with the notice or make an application to court to have it set aside. Failure to do so will result in an act of bankruptcy entitling the creditor to file a creditor’s petition, seeking a sequestration order (as discussed above under involuntary bankruptcy).

What is Excluded from Creditors in a Bankrupt’s estate?

It is important to note that there are specific provisions in the Bankruptcy Act 1966 (Cth)which allow a trustee flexibility such as the ability to recover superannuation contributions made by the bankrupt to defeat creditors.

In addition, although there are guidelines in the Bankruptcy Regulations 2021 (Cth) regarding what is considered necessary household and personal property, there may be the need for discussion with the trustee and general agreement with creditors.

The experienced bankruptcy lawyers at BSM are able to navigate the legal intricacies of bankruptcy and advise on exclusions to the bankrupt’s estate.

Investigation of Conduct Prior to Being made Bankrupt

The trustee has the power to investigate and make void various transactions that the bankrupt may have made during or prior to the bankruptcy.

Section 120 of the Bankruptcy Act 1966 (Cth) provides that where the bankrupt transfers property to any person for less than the market value of that property in the period beginning 5 years before the commencement of that bankruptcy to the end of the bankruptcy will be void against the trustee. In simple terms, the property transferred under this transaction can be recovered by the trustee to be included in the bankrupt’s estate and distributed to creditors. This section of the Act occasionally arises after a family law property settlement. Where property, including the family home has been transferred to one party for less than market value and the transferor subsequently becomes bankrupt within 5 years the transfer of that property may be void against the trustee. It is important that parties to a family property settlement or families facing bankruptcy obtain expert legal advice from the bankruptcy lawyers at Brander Smith McKnight.

Section 121 of the Bankruptcy Act 1966 (Cth) provides that where a person who later becomes a bankrupt transfers property to another person, where the transferor’s main purpose in making the transfer was to prevent, hinder or delay making that property available to creditors will be void against the trustee.

A public examination is a court ordered investigation into a bankrupt’s conduct and affairs which investigates all financial transactions and property dealings associated with the bankrupt. This can be instigated on the application of a creditor, the Official Receiver or the bankrupt’s trustee. It occurs where there has been or there is suspected to have been some conduct by the bankrupt with the aim of defeating the creditors such as giving away assets.  The bankrupt and anyone associated with them or who has knowledge of their financial affairs can be called to participate in a public examination.

What Happens if there are Insufficient Funds to pay the Creditors?

The general principle that guides the distribution of the bankrupt estate is that all provable debts rank equally and if there are insufficient funds to meet all claims in full, the claims are met proportionately, pursuant to section 108 of the Bankruptcy Act. However, this is subject to important exceptions outlined in the Bankruptcy Act 1966 (Cth).  For instance, the first priority of fund allocation goes to the costs of the petitioning creditor and administration costs such as trustee expenses and fees. In addition income for the purposes of child support is not available to the creditors and must be passed on to the relevant Child Support Agency.

Those debts included in the bankruptcy are often referred to as provable debts. For a creditor to be entitled to receive a distribution from the bankrupt estate, the creditor must have a provable debt. S82 of the Bankruptcy Act 1966 (Cth) sets out the definition of a provable debt and includes, for example, money payable pursuant to a contract, judgement debts, tax debts and payment for work done.

Debts not Covered by Bankruptcy

A debt owed to the Australian Taxation Office is released on bankruptcy. Although the Tax Commissioner has the power to issue a statutory garnishee over wages, this only applies when the order was issued prior to bankruptcy. Pursuant to section 108 of the Act, the ATO ranks the same as any other unsecured creditor.

If you are unsure about your debt and whether a creditor can continue to demand payment for it, following bankruptcy, contact the experienced bankruptcy lawyers at Brander Smith McKnight.

How long does Bankruptcy last?

Bankrupts are automatically discharged after 3 years and 1 day provided no objection has been lodged, (s149 of the Act).  In certain circumstances there can be extensions of the bankruptcy, pursuant to s149A. Objections may be lodged by the trustee on a number of grounds which will extend the period of bankruptcy to a total of 5 or 8 years. A bankruptcy will be extended to 5 years if the bankrupt failed to:

A bankruptcy will be extended to 8 years if the bankrupt:

Annulment of a Bankruptcy

Annulment ends the bankruptcy prior to the standard period of 3 yrs. There are 3 ways for a bankruptcy to be annulled.

Rights of a Bankrupt

The bankrupt person has rights including operating a savings bank account, traveling freely throughout Australia and acting as the executor of a deceased estate. They must, however, notify the trustee of any change of name, address or employment.

Implications and Impact of Bankruptcy

It is essential to consider the pros and cons of voluntarily applying for bankruptcy. In addition to being bankrupt for 3 to 8 years a bankrupt person has the following restrictions:

What Happens at the end of Bankruptcy?

As set out above the process of bankruptcy is onerous and burdensome for the bankrupt. However, the benefit is that upon discharge from bankruptcy, the bankrupt is released from liability for all provable debts (s153).

We have extensive experience in bankruptcy law and have advised and advocated for both debtors and creditors. We remain up to date with all recent changes in bankruptcy law and can help you navigate the legal system. Our lawyers can help develop a strategy to deal with your bankruptcy issues in what can be a stressful time. We are conveniently located in Sutherland, Parramatta, Wollongong and Sydney CBD.

How long does bankruptcy last?

Bankrupts are automatically discharged after 3 yrs and 1 day provided no objection has been lodged. In certain circumstances there can be extensions of the bankruptcy. Objections may be lodged by the trustee which can extend the bankruptcy to 5 or 8 yrs. Examples of reasons for an extension to 5 yrs include not disclosing a property or debt or not advising of a change in address or phone number. Examples of reasons for an extension to 8 yrs include obtaining goods, services or money with a value over $6,200 without disclosure to the trustee. There are also reasons why a bankruptcy can be reduced to less than 3 yrs which is called an annulment. This includes if the debt is repaid in full or a portion of payment is accepted by creditors. For further information and legal advice regarding all aspects of bankruptcy contact the experienced and friendly lawyers at BSM.

How long is a bankruptcy in Australia?

As outlined in the above question (‘How long does bankruptcy last?’), the standard period for bankruptcy in Australia is 3 yrs. There may, however, be an extension to 5 or 8 yrs under certain circumstances or conversely an early discharge called annulment. For further information and legal advice regarding all aspects of bankruptcy contact the experienced and friendly lawyers at Brander Smith McKnight.

Can I declare myself bankrupt?

Yes, you can. This is referred to as Voluntary Bankruptcy.  You do however, have to fulfil some criteria. The process involves filing a bankruptcy petition to the Official Receiver, who is a government official. You must complete 2 forms, a debtors petition and a statement of affairs which are supplied by the Australian Financial Security Authority (AFSA). You must also complete a form acknowledging that you have read and understood the prescribed information in the Bankruptcy Regulations 2021 (Cth) Reg 19. The Official Receiver can accept the petition and you become bankrupt from that day or may reject it or refer it to the court. For further information about all aspects of bankruptcy contact the experienced and friendly lawyers at BSM. 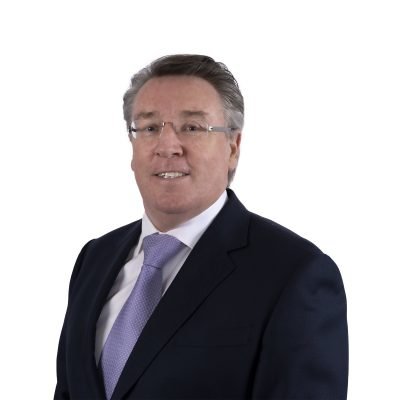 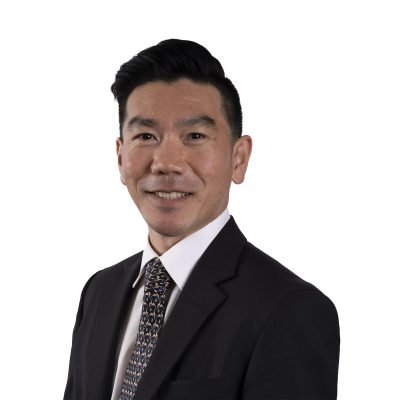 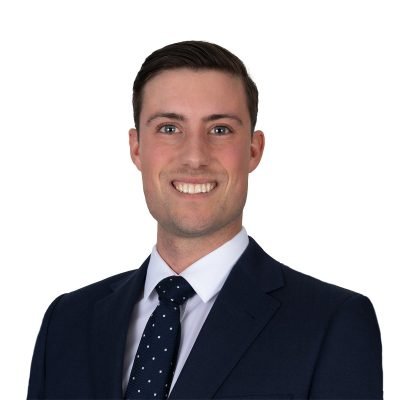 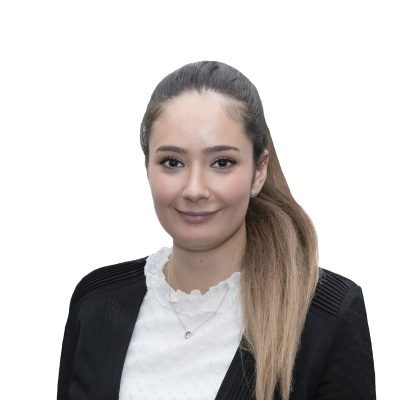 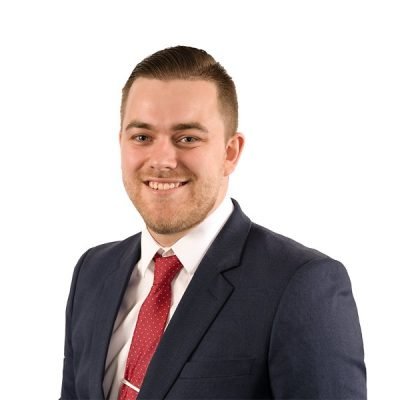 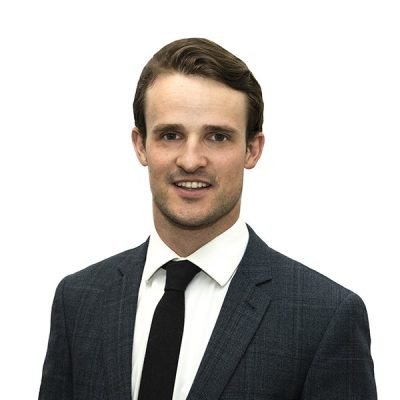